A place where the soul feels completely at ease and home

Like many Tanzanians, little did I know that in Northern Tanzania, there existed another paradise away from the world renown Serengeti and Mt Kilimanjaro national parks. 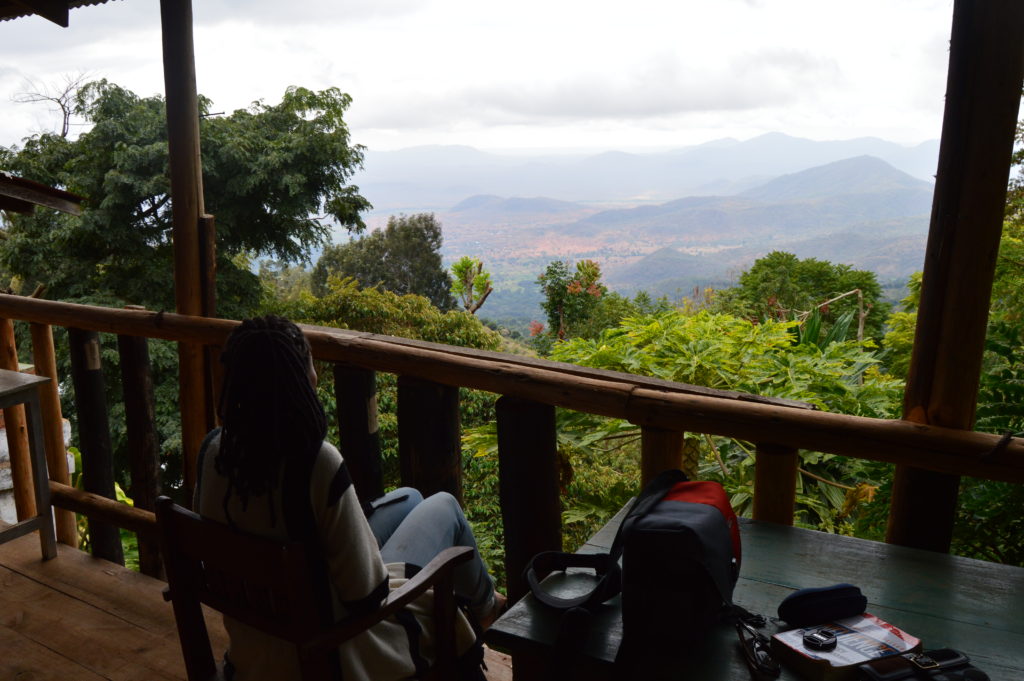 A place so beautiful spending sometimes there made my soul feel completely at ease and at home in a way I had never felt before. Going back to colonial history, they say that Richard Thornton was the first European to sight probably the tallest waterfall in Africa in the heart of Southern Pare. So it was named Thornton Fall 446ft. The first time I read about it, my heart wanted to go and see the waterfall. It took many years before my dream would become true.  What would it feel to touch its waters? 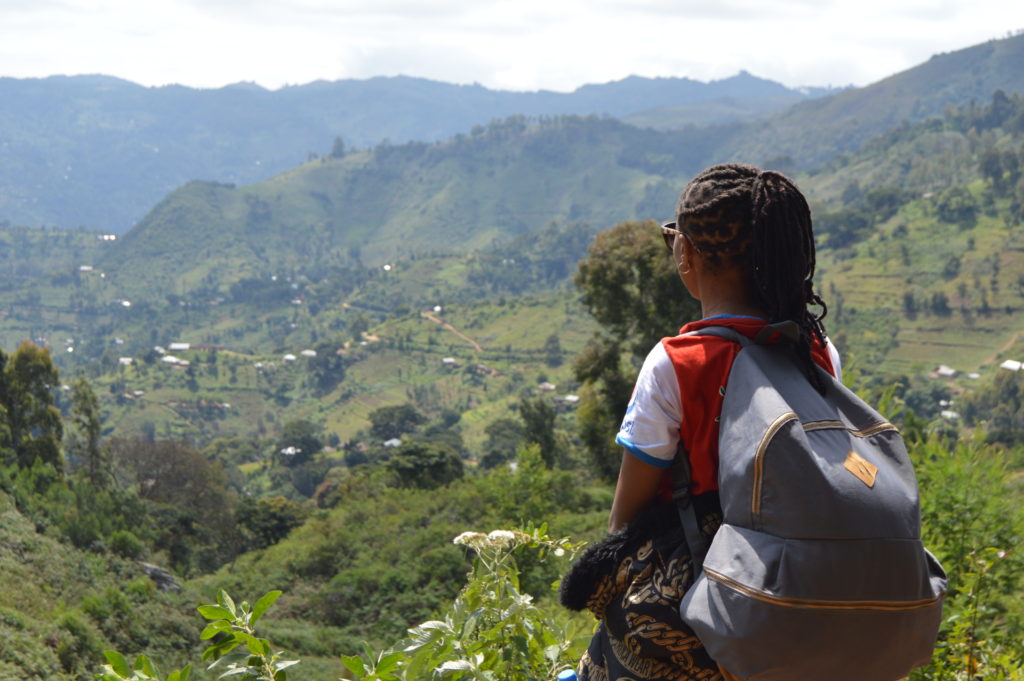 The day I managed to plan for a safari to Southern Pare, it was really exciting. My road trip started from Dar es Salaam to Same. Same is a district in Kilimanjaro region. When I reached Same, the place looked so dry, I was asking myself how can a fall be in such a dry area, it was afternoon the sun was bright, very few trees to hide from. After a while we started the safari to climbing Pare Mountains, about two hours’ drive. Vegetation started to change as we went higher up, the magnificent view of the plains, mini waterfalls, the clouds, the atmosphere was fantastic. On our way up, the air started to change, it is not the same air I was inhaling throughout my safari, it was different – light and pure not polluted at all. Standing amidst a forest cover then I remembered some biology learnt long time ago. Trees release oxygen as they use energy from sunlight to make glucose from carbon dioxide and water. My body started to get rejuvenated. It was like some blockages in my blood system were being opened up. I felt a free soul. It was one of the most beautiful  feeling ever in my life. When I reached base camp, I was welcomed with smiling faces.

After When I reached base camp, they welcomed me with the smiling face, after freshen up, I sited at the balcony enjoying the view of the plains of Mkomazi National Park. The Sound of birds and insects are refreshing, I started to feel my body sensation, sensing my breathing, connect with nature, I felt like I have put two crates of beer down from my head. After dinner I just wanted my bed. 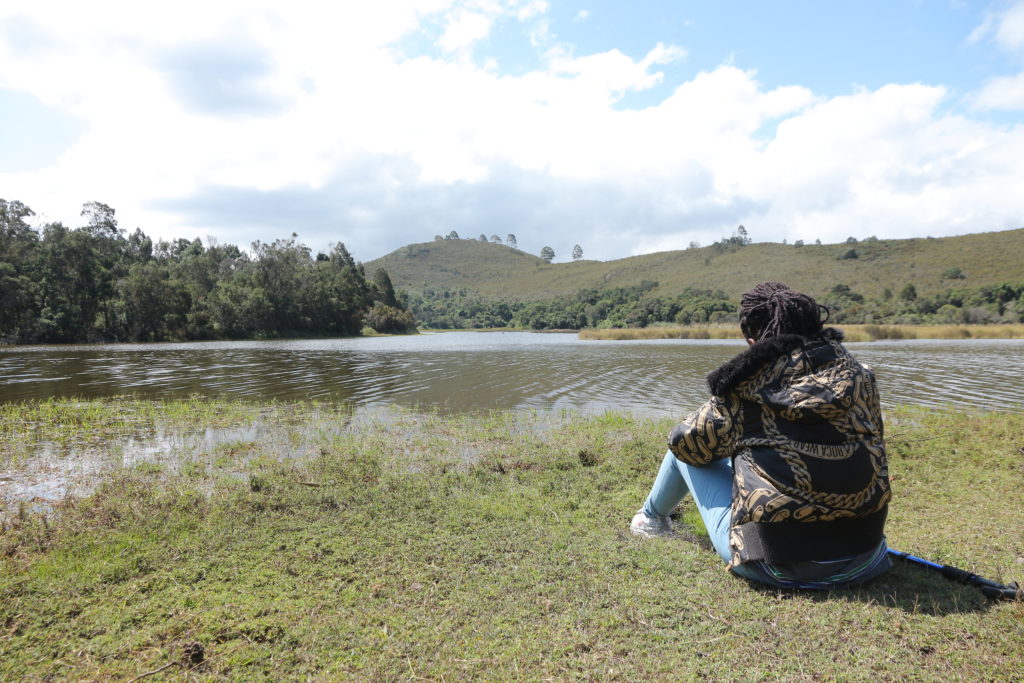 The next day morning, after breakfast we started a hike to see a lake “patched up” in the mountain. Before reaching the mountain Lake known as Ranzi Lake, we passed a tall rock known as Malameni
(70m) and an enchanting moorland. Along the way, we passed by Malameni rock. I was unable to climb to
the top of the rock but for young people from the area, it is a normality. At the top rock, the Wapare people used to perform prayer rituals. For me, its view view and the surrounding has calming effect, and sends more peace to my soul.

On our way up to the Lake, we passed by Tona Moorland. A place so enchanting, I had to ask my tour guide to leave me there for three hours to enjoy the surrounding- the feel, the look, the smell, the sky, it
was so enchanting. No wonder there are many tourists who like to camp there for a night.

After meditating, I proceeded up to Lake Ranzi. It was my first time to see a lake at the top of the mountain. Mystic. A wonder. I could not get my eyes off the small but such a beautiful lake. It was life being magical. The magical Tanzania for real. The magnificent sunset view, was proclaiming a new world for me. What a day! I had seen and witnessed a little paradise on earth.

Afterwards we went back down to the lodge, for camp fire and storytelling. Next time I will camp at Lake Ranzi. Later as I rested at night, the dreams were about the beautiful ducks at the lake. 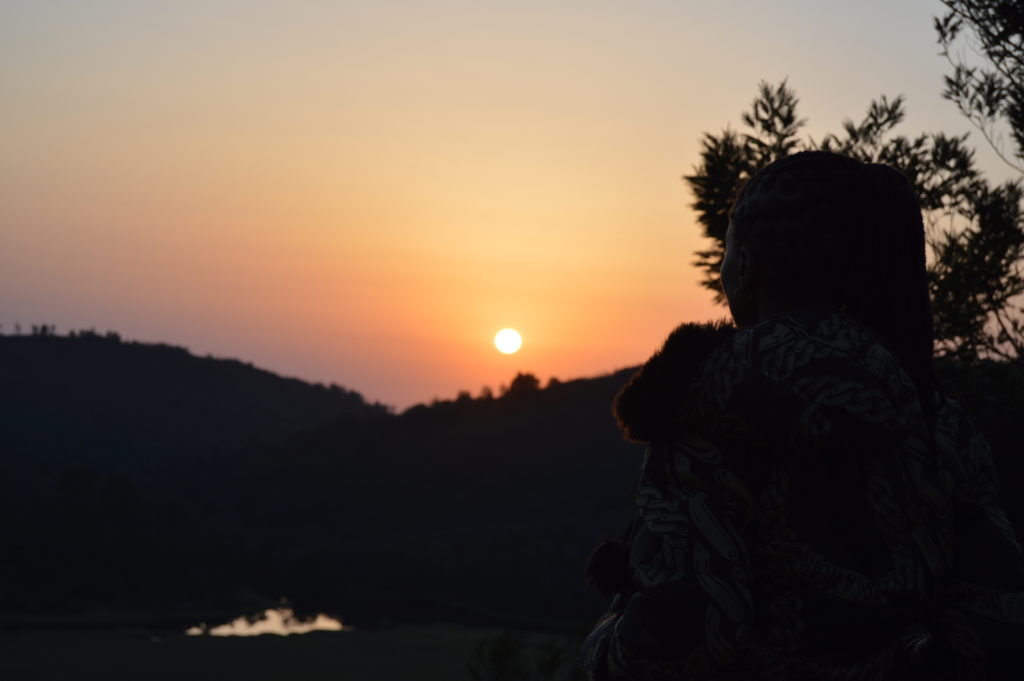 The next day I went to see Mkumbavana Caves. Long time ago the Wapare tribespeople used to hide from Maasai cattle raiders at the caves. The ancient caves are said to harbour hidden treasures of the Wapare people. Then I trekked to Nakombo Waterfalls, I got an opportunity to cool my legs in the pool. It so refreshing so back to mother nature. I was in love with the nature.

My last day I went to see the famous Thornton Fall, my love in the Pare Mountains long before I visited. The fall is huge and long, it falling waters very captivating, as if washing the land of all its wickedness. I sat near the fall, ate some snacks as I enjoyed the beauty of being alive. The atmosphere was fantastically surreal taking on my whole being. I felt like shouting to the whole world that life was worth it! I felt light, as if I could fly. I was full of energy.

Too bad I had to start my safari back to Dar es Salaam. You can guess, I will be back, because there is so much to see. The people in Southern Pare were very friendly, their traditional food was amazing. Every time I passed near their homes they waved and smiled at me. Their words “Asante kwa kuja kwetu, meaning “thank you for coming to our place’ felt loaded with love. To me it was a self-discovery of a little paradise on earth, in the heart of Tanzania’s Southern Pare Mountains.