The camp is situated on a by-water of the Grumeti River, known for its dramatic wildebeest crossings and enormous Nile crocodiles. Tucked into a strip of riverine forest, guests thrill to the antics of the resident hippo in the tranquil pool in front of the camp and the spectacular pied colobus monkeys, found nowhere else in the Serengeti.

Meals can be enjoyed on an extensive deck with beautiful views towards the river, while the dining area opens up to a traditional African boma, where dinner is served beneath a billion stars. Traditional fires known as jikos and outdoor ovens produce mouth-watering aromas, while the sounds of the African night provide a gentle backdrop to tales of the day’s safaris. 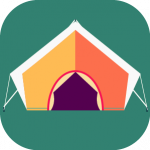